The RPG Audio Player is a simple tool to support your roleplaying session with music and sound effects.
Create scenarios and play music and sound that fit the enviroment with a simple click.

The software is free of charge and doesn't require a internet connection, as it only plays files from your local computer!

What for and Why?

Good environmental background music can enrich your roleplay session. Music and build atmosphere and bridge a moment of silence.
There's a lot of software of sorts, however over the years I've always had some sort of problems with them:

The RPG Audio Player focuses on simple usability without much effects or bells and whistles.
The interface is structured very simple. Click on a playlist or a sound effect and it's played.

If you create a scenario you can sort the position of the elements as you wish, you can name them and highlight them with different colors.
You can add as many playlists for music or sound effects as you like. If you have several music files in a playlist then one of them is selected at random or in a defined order when playing the list. Switching between songs and playlists gives you a smooth fade transition.
You can play as many sound effects as you like in parallel, you can play them once, in a loop or with defined gaps between replays. If you have defined more than one sound file for a sound effect, a file is chosen at random or in a defined order when playing.

Do you have questions or want to get in contact with me? khuri@khuris.com 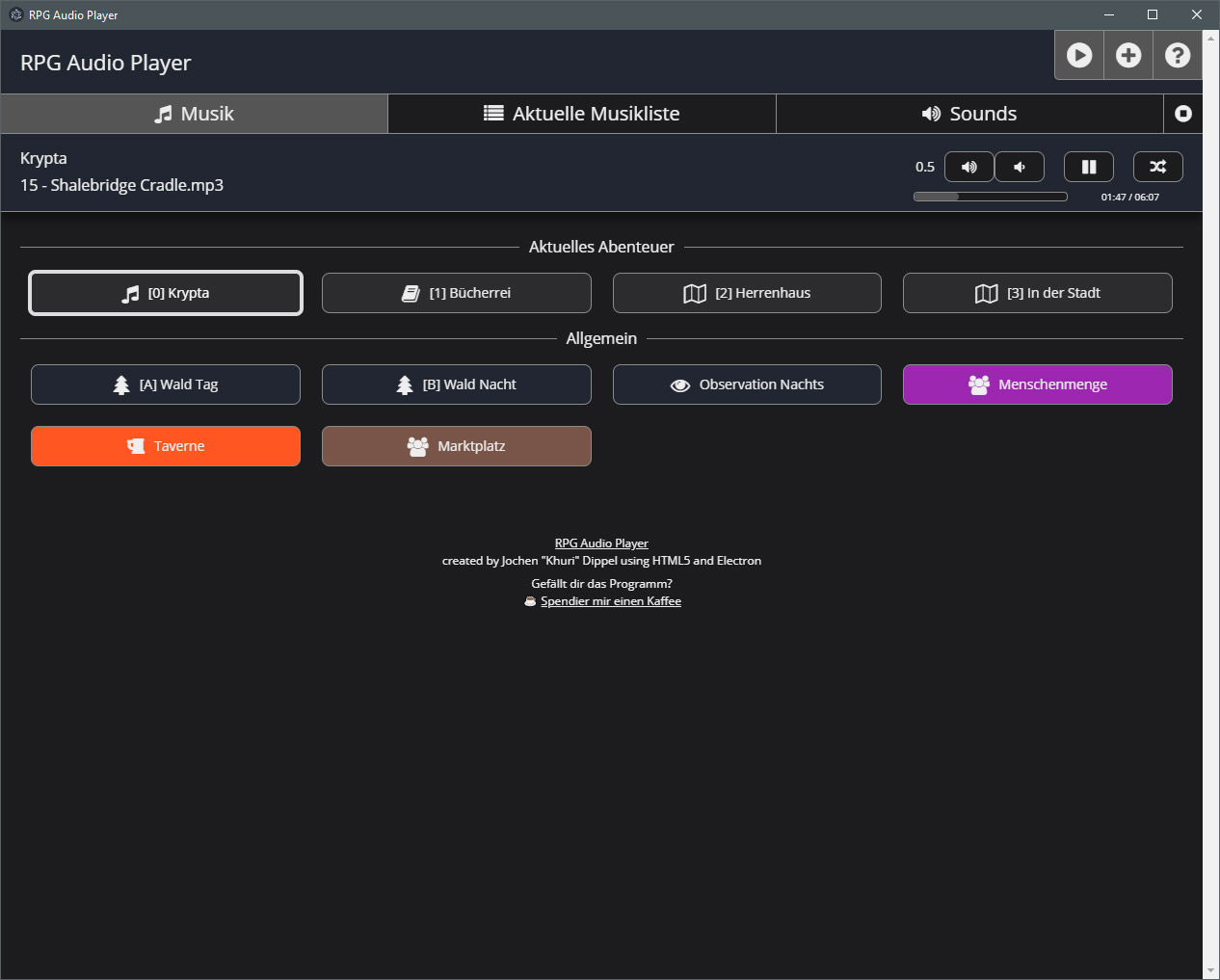 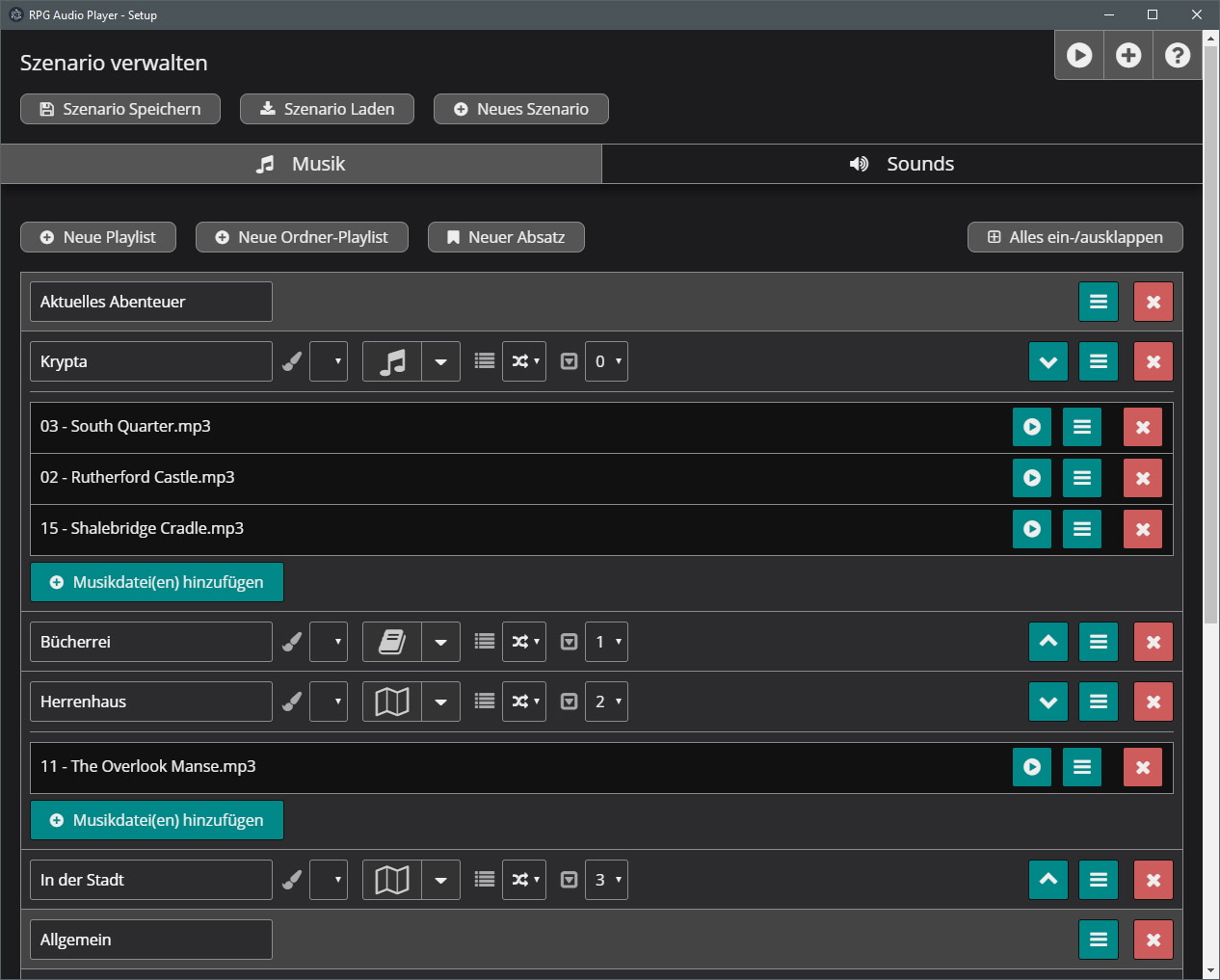 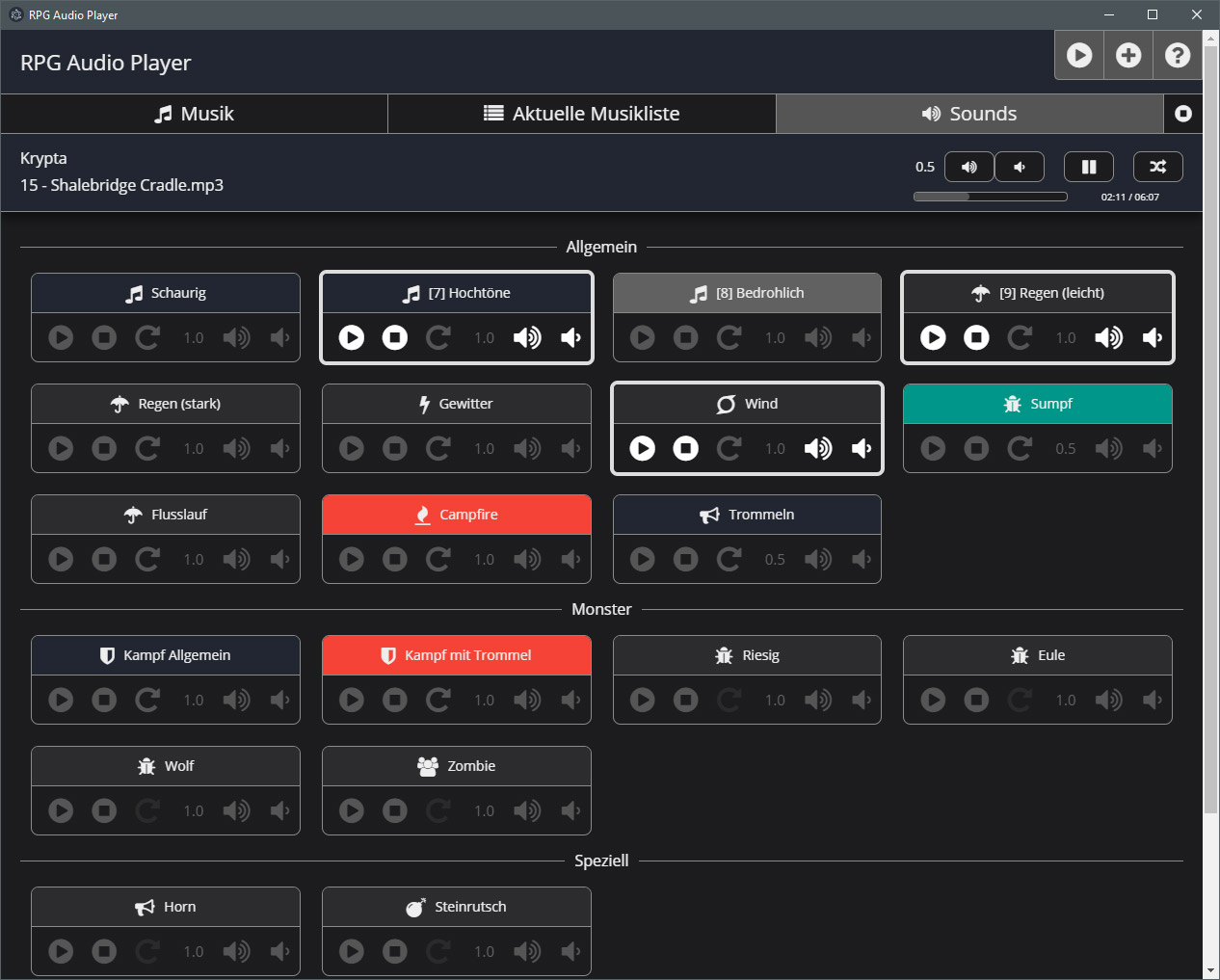 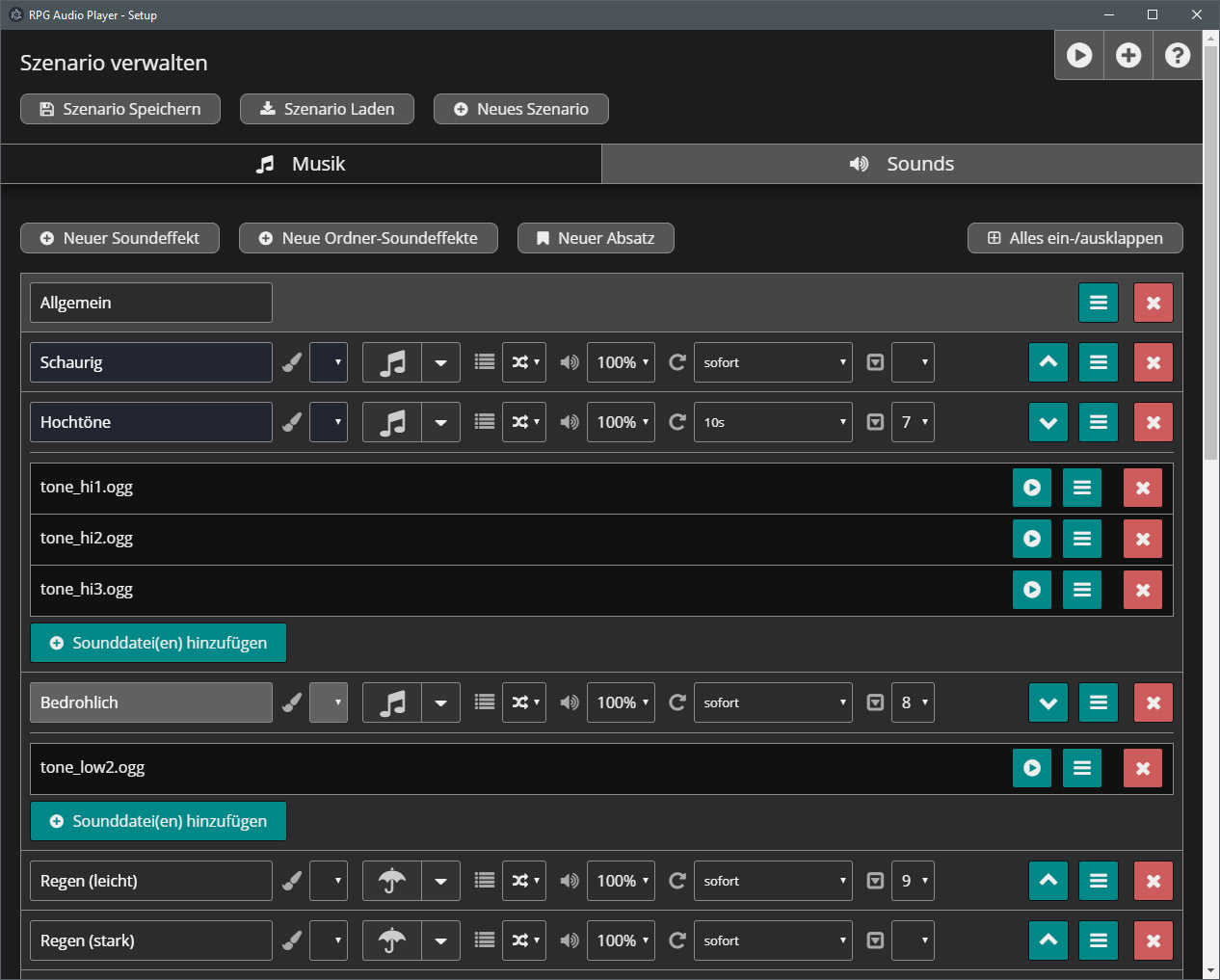 This software was created using HTML5 and Electron and is optimized for Windows. Linux and MacOS users can get the softwar working on their own by using the sourecode and the Electron plattform. See Downloads for more details.

You can get the correct Electron Release and copy the Sourcecode in the App-folder of Electron. For more information please consult the Electron documentation.

If you're looking for music or sound effects to add, here's a few example websites where you can download music and sounds for your personal private use: